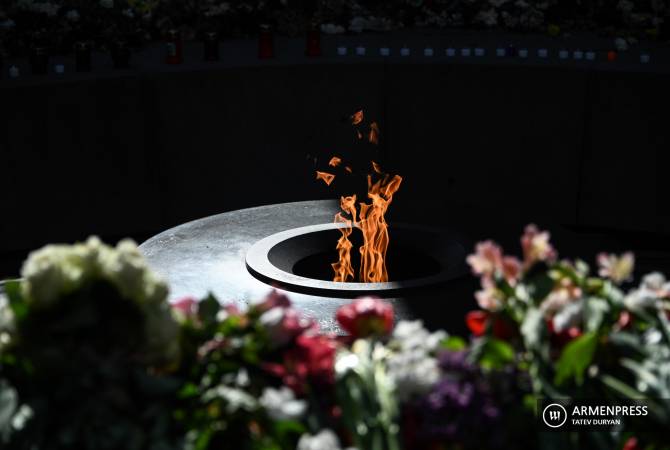 
CANBERRA, AUGUST 2, ARMENPRESS. The Young Liberals of the movement’s Australian Capital Territory (ACT) branch have passed a motion unanimously recognising the massacres of Armenians, Assyrians and Greeks during 1915-1923, perpetrated by the Ottoman Empire as Genocide, reported the Armenian National Committee of Australia (ANC-AU).

The motion also recognised the rights to self-determination of the Armenians of the Republic of Artsakh and condemned the recent Azerbaijani attacks against Nagorno Karabakh’s indigenous people as part of an ongoing policy of Genocide.

The policy meeting was held at the Eastlake Football Club in Gungahlin – only 20km from Australia’s Parliament House in Canberra – where the motion was passed without dissent.

Sophie Bjorkman said: “We must pass this motion because it is vital that we consistently uphold Liberal values of freedom of religion and equality before the law, which were denied to Christian minorities under the Ottoman Empire.”

“I am hopeful that our Federal Government will take note of this move and acknowledge that Australians around the country are increasingly demanding they correctly recognise the Armenian, Assyrian and Greek Genocides, and stand with the indigenous Armenians of Artsakh.”