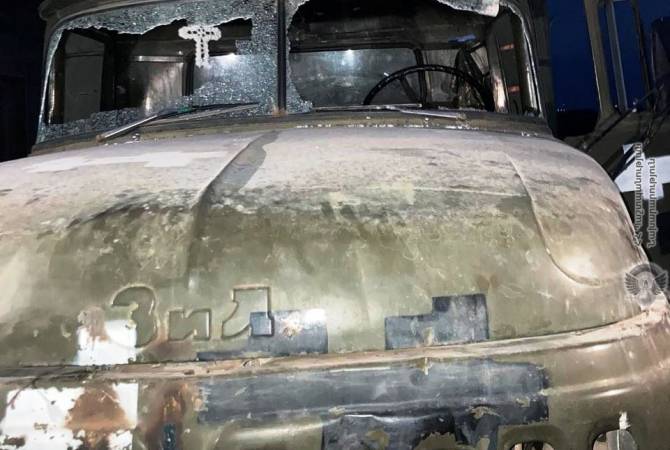 
YEREVAN, JULY 31, ARMENPRESS. Armenian military positions in Yeraskh once again came under Azerbaijani gunfire on July 31 between 18:10 and 18:50. The Armenian Ministry of Defense said the Azeri side used various caliber firearms in the provocation.

“In particular, targeted fire was opened at a utility vehicle (food transport), seriously damaging it. The enemy fire was suppressed after the counteractions of the Armenian units. There are no victims on the Armenian side,” the Armenian Ministry of Defense said in a statement.

The situation at the Armenian-Azerbaijani border was reported to be “relatively stable” as of 22:00.