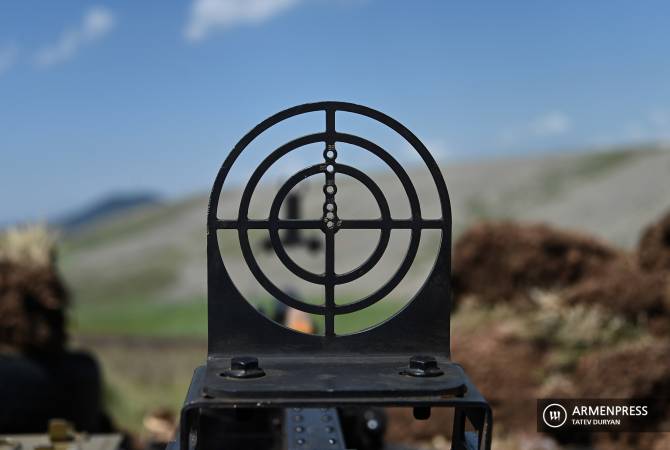 
YEREVAN, JULY 29, ARMENPRESS. On July 29, at around 08:40, the units of the Azerbaijani armed forces again opened fire at the Armenian positions located in the Gegharkunik section of the Armenian-Azerbaijani border, the defense ministry told Armenpress.

A short shootout took place. The Azerbaijani fire was stopped after the respective actions of the Armenian side.

A servicemen of the Armenian Armed Forces received a gunshot wound as a result of the Azerbaijani shooting.

Earlier today the Armenian defense ministry reported that on July 29, at around 03:00, the Azerbaijani armed forces, violating yesterday’s agreement on the ceasefire, again launched a provocation in the Gegharkunik section of the Armenian-Azerbaijani border, in the direction of Karvachar, by opening fire at the Armenian positions from firearms.