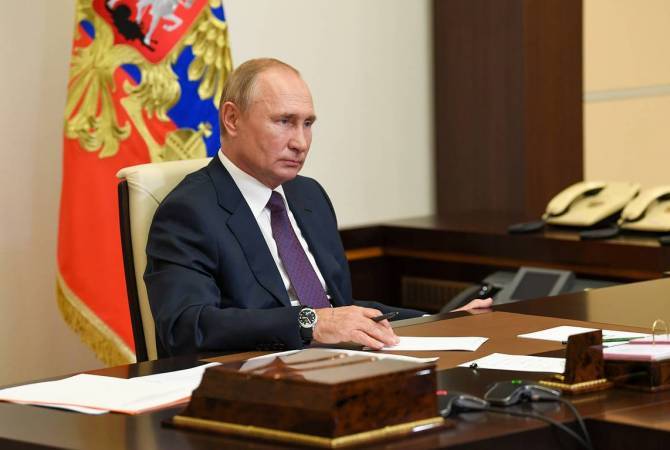 
YEREVAN, JULY 28, ARMENPRESS. The President of the Russian Federation Vladimir Putin held a meeting with the permanent members of the Security Council, discussing the situation on the Armenian-Azerbaijani border, inter alia, ARMENPRESS reports Dmitry Peskov, press secretary of the Russian President, told the reporters.

''During the consultations the participants discussed issues referring to the social-economic development of Russia. In addition, issues of international agenda were addressed, including the situation in Afghanistan, as well as on the Azerbaijani-Armenian border'', Peskov said.

The Azerbaijani armed forces attacked Armenia's borders in the section of Verin Shorzha-Sotk on July 28. MoD Armenia informed that as a result of the Azerbaijani provocation 3 Armenian servicemen were killed, 4 were injured.