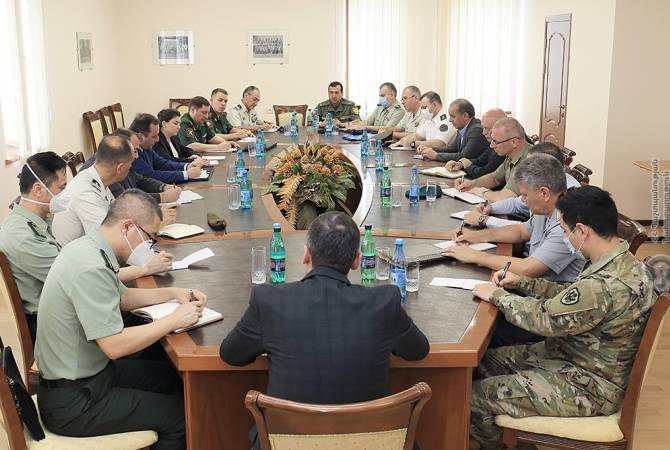 
YEREVAN, JULY 28, ARMENPRESS. Head of the General Department of Defense Policy and International Cooperation at the Armenian ministry of defense Levon Ayvazyan received today the military attachés of foreign embassies in Armenia, the ministry told Armenpress.

The military attachés were introduced on the recent developments on the Armenian-Azerbaijani border, in particular today’s military actions of the Azerbaijani armed forces in the direction of Verin Shorja of Gegharkunik province. It was reported that the Azerbaijani forces used mortars, grenade launchers and large caliber firearms towards the Armenian position and temporarily occupied that position. However, they have been repelled to their initial positions as a result of the respective actions of the Armenian Armed Forces.

Levon Ayvazyan stated that the units of the Armenian Armed Forces fulfill their tasks, taking all necessary measures to counter the adversary.

He stated that the position of the Armenian side has not changed – the Azerbaijani troops must pull back from Armenia’s sovereign territory.