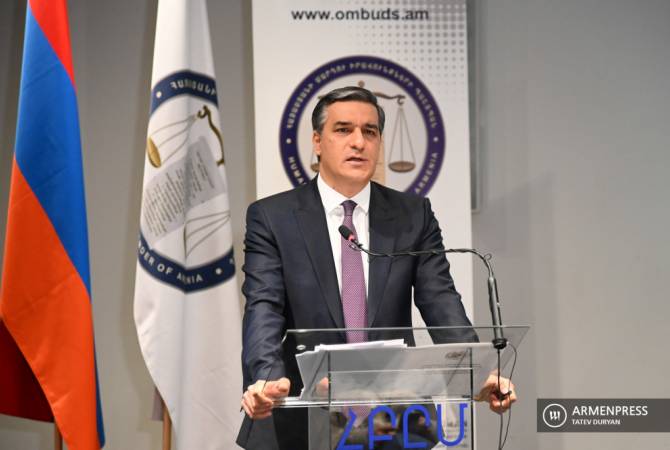 
YEREVAN, JULY 28, ARMENPRESS. The Azerbaijani authorities act with open violations of international norms and bear responsibility for the killing of 3 Armenian servicemen in Gegharkunik province, violating their right to life and causing damage to the health of wounded servicemen, Ombudsman of Armenia Arman Tatoyan said in a statement.

According to him, the following facts stand behind this, that the Azerbaijani armed forces have illegally infiltrated and are located in Armenia’s sovereign territory in Gegharkunik and Syunik provinces, are regularly firing at Armenian villages and create a real threat to the life and health of the civilians, damage their property and animals.

“This is compounded by the fact that, as the Azerbaijani authorities officially announce, their armed attacks, war threats are directed to have an impact banned by the international law on the border demarcation and delimitation processes”, the Ombudsman said.