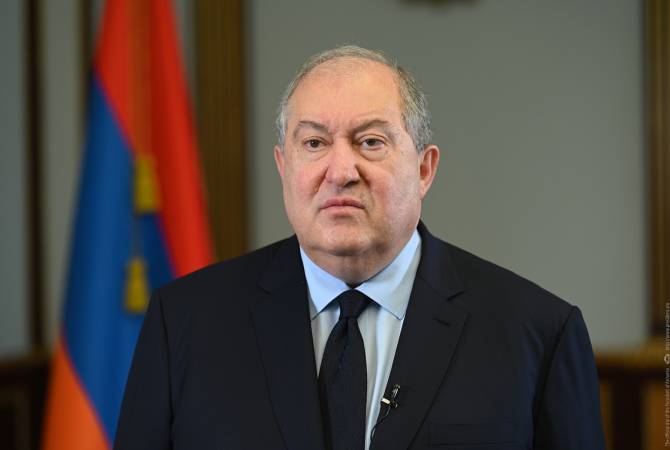 
YEREVAN, JULY 28, ARMENPRESS. The Office of the President of Armenia has issued a statement over today’s Azerbaijani encroachment against Armenia’s sovereignty.

“This night Azerbaijan has made another encroachment against Armenia’s sovereignty, again provoking military operations and an attack on the Armenian-Azerbaijani border.

Unfortunately, there are losses and wounded as a result of the Azerbaijani armed provocation.

The President of the Republic expresses his deep condolences to the families and relatives of the killed servicemen, and wishes a recovery to the injured.

Being confident that our Armed Forces are capable to counter the Azerbaijani military provocations with respective actions, the President of the Republic expresses his support to our Army, as well as to all those structures involved in the defense and security of the country’s borders and population”, the statement reads.