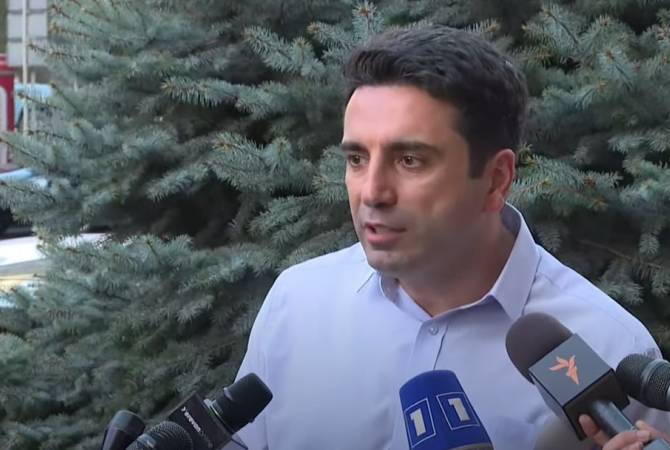 ‘’It has been decided that a commission of inquiry will be set up to investigate the circumstances of the 44-day war. For that, we think that the participation of the extra-parliamentary opposition will also be needed; the activity of that commission should not be limited by the forces represented in the National Assembly today’’, Simonyan said.

To the question if the situation on the borders of Artsakh and Armenia were discussed, Alen Simonyan gave a negative answer.

Caretaker Prime Minister Nikol Pashinyan had arrived at the office of the ‘’Civil Contract’’ Party at 16:00, where he had a meeting with the elected MPs. Before the meeting MP Hrachya Hakobyan had told the reporters that he did not know thw agenda of the meeting.

The first sitting of the National Assembly of the 8th convocation will be held on August 2.