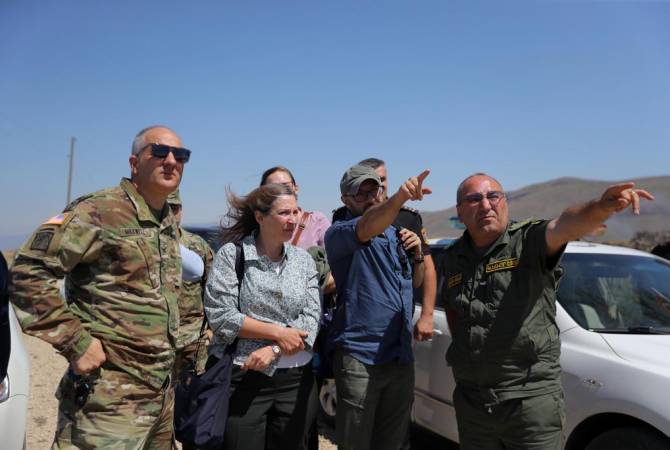 
YEREVAN, JULY 26, ARMENPRESS. Ambassador of the USA to Armenia Lynne Tracy visited Gegharkunik Province on July 26 accomponied by the representatives of the Defense Ministry of Armenia. Commander of Corps, Major-General Arayik Harutyunyan presented the situation on Armenia-Azerbaijan border to the Ambassador, after which a visit to the border section of Verin Shorzha was organized.

As ARMENPRESS was informed from the press service of the MoD Armenia, Ambassador Tracy reaffirmed the concerns of the USA over the incidents along the Armenian-Azerbaijani border, stressing that the US rejects the use of force during demarcation works.

The Ambassador also stressed that the United States, as wn OSCE Minsk Group Co-Chair country, remains deeply committed to working with all parties for reaching a lasting political solution to the Nagorno-Karabakh conflict. At the same time, according to Lynne Tracy, the United States urges the parties to return to the talks in the sidelines of the Minsk Group Co-chairs' format as soon as possible.