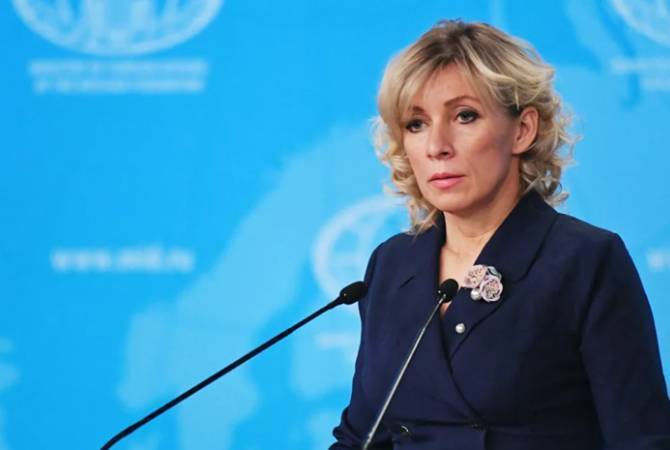 
YEREVAN, JULY 22, ARMENPRESS.  Russia is concerned over any escalation of tensions in particular parts of the Armenian-Azerbaijani border, ARMENPRESS reports official representative of the Ministry of Foreign Affairs of the Russian Federation Maria Zakharova stated at the weekly briefing.

‘’ And, of course, it has an extremely negative impact on the regional situation and does not contribute to the resumption of the dialogue between Armenia and Azerbaijan, causing unjustified losses among the populations of both countries’’, Zakharova said.

He expressed condolences on the death of an Armenian soldier on the border between the two countries and wished a speedy recovery to all the injured.

"Russia hopes that the talks on the demarcation of the Armenian-Azerbaijani border will start soon," she said, adding that the Russian side is ready to assist in this matter.