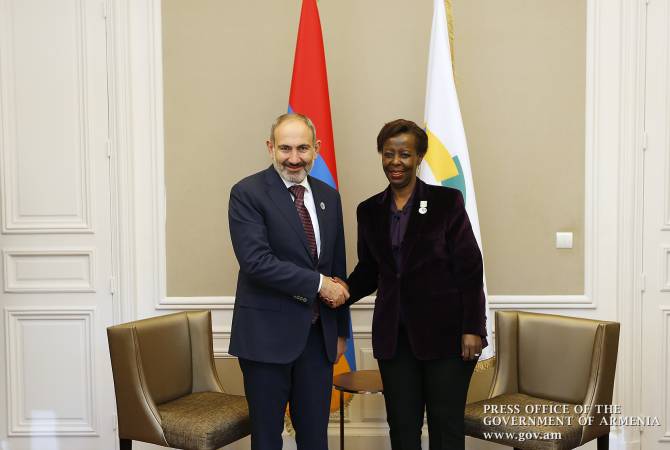 During the voting on June 20 this year Armenians decided to give majority of their votes to the political party led by you. After the completion of the investigation of the appeals by the Constitutional Court of Armenia, it’s a pleasure for me to congratulate you on behalf of the Francophonie family and myself personally on your success in elections as a result of free, reliable and transparent process.

For months Armenia is resisting major challenges, in particular from security terms. In this respect I would like to reaffirm the whole solidarity of the Francophonie community, especially to those Armenian families who are waiting for the return of prisoners of war, missing persons and the bodies of the victims of the conflict.

National unity and dialogue continue to play a vital role in this context. I have no doubt that you will be able to find ways and means to further unite Armenians and continue the demanded dynamic of reforms, in particular the democratic reforms, that you have launched since 2018.

By using this chance, I reaffirm the readiness of the International Organization of La Francophonie to promote the cooperation between our organization and Armenia, especially in areas relating to strengthening the legal state and the French language”.