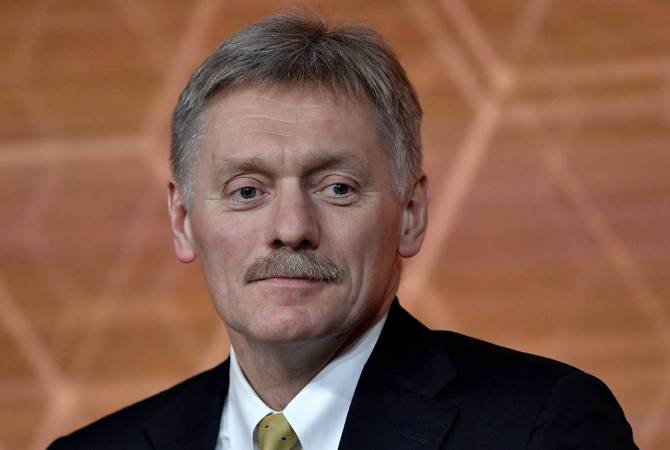 
YEREVAN, JULY 21, ARMENPRESS. Russia is ready to welcome the mediation efforts of the member states of the European Union in the negotiations around Nagorno Karabakh, if they contribute to the implementation of the existing agreements, Russian presidential spokesperson Dmitry Peskov told reporters today, reports TASS.

“If the mediation efforts bring stability, predictability and help the implementation of the existing agreements, they just can be welcome. In general, the work on this direction is not bad”, Peskov said, commenting on the statements of the EU states about the plans to participate in the trilateral format of talks around Karabakh.

Peskov reminded that the trilateral agreements between the Russian, Armenian and Azerbaijani leaders over Nagorno Karabakh were possible to achieve thanks to the efforts of Russian President Vladimir Putin. “He is in constant touch with Armenia’s caretaker Prime Minister Nikol Pashinyan and Azerbaijani President Ilham Aliyev. Currently we are engaged in the implementation of the agreements reached”, he said.