USA concerned over the incidents on Armenia-Azerbaijan border 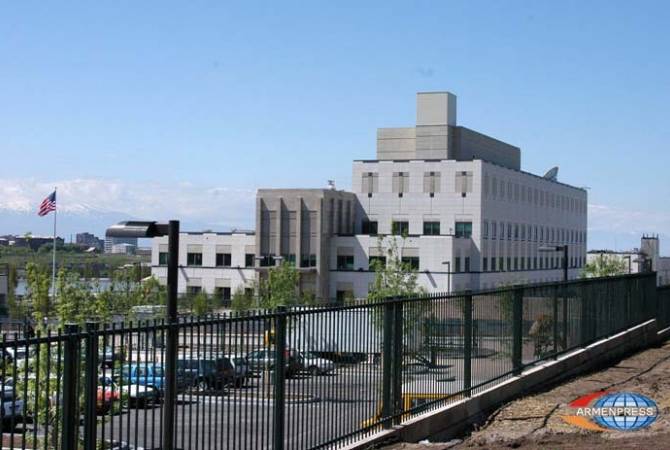 
YEREVAN, JULY 20, ARMENPRESS. The USA is concerned over the incidents on the Armenian-Azerbaijani border, particularly the recent incidents near Yeraskh-Sadarak section, ARMENPRESS reports the US Embassy in Armenia announced.

''We call on both sides to swiftly and peacefully de-escalate tensions and create space for the resumption of substantive negotiations’', reads the statement.

Armenia’s Defense Ministry reported that in the evening of July 19, starting from 18:40, the Azerbaijani armed forces fired at the Armenian positions located in the Yeraskh section of the Armenian-Azerbaijani border for several hours with the use of various caliber firearms. Mortars were also used regularly. Head of Yeraskh community Radik Oghikyan was injured, who was organizing fire extinguishing activities, caused by the Azerbaijani fire. IN the morning of July 20 the Defense Ministry informed that Azerbaijan continues firing at the Armenian positions, emphasizing that no changes of contact line can be allowed.