Situation in Havana calms down one week after protests and riots 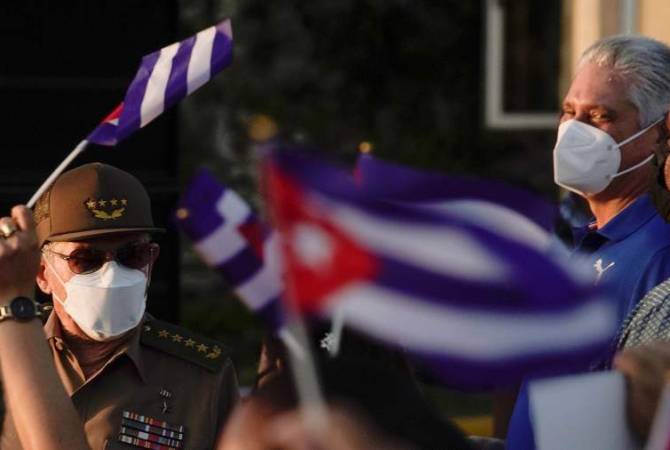 
YEREVAN, JULY 19, ARMENPRESS. Police patrols at the central districts of the Cuban capital following the July 11 riots remain on duty. The situation in the city is calm, reports TASS.

Mobile Internet in the city functions without serious interruptions, access to social networks has been partially restored. However, some users complained about the low data transfer rate. Shops and catering establishments operate in accordance with sanitary standards introduced to prevent the spread of coronavirus: social distancing is mandatory, restaurants only offer takeaway.

On July 11, the state television of Cuba reported that riots had taken place in several cities of the republic, their participants ransacked a number of shops. Prior to this, mass demonstrations began in the city of San Antonio de los Banos, located 24 km south of Havana. According to official figures, many government supporters were injured in clashes with the rioters.