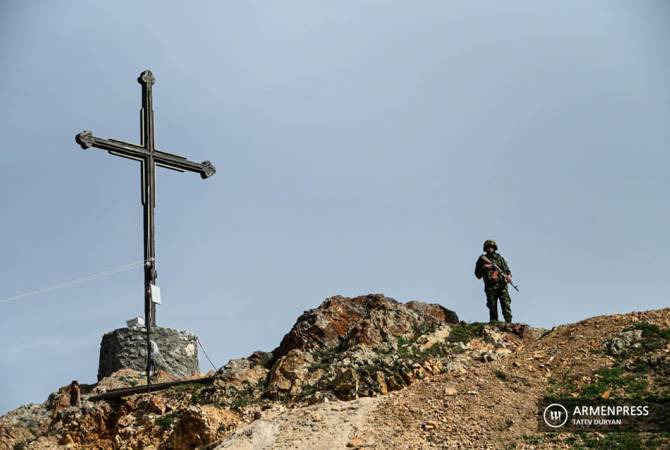 
GYUMRI, JUNE 23, ARMENPRESS. Talks are underway with the Russian side over the deployment of Russian border guards in Armenia’s Gegharkunik province, Armenian caretaker deputy prime minister Tigran Avinyan said during a briefing in Gyumri.

He, however, noted that this can happen only in case of the complete withdrawal of Azerbaijani troops from Armenia’s territory.

Avinyn said Armenia will not change its position over the border situation.

“The Azerbaijani armed forces must pull back from Armenia’s sovereign territory, and we will spare no efforts for this. There is a discussion with the Russian side, but the Russian peacekeepers will be deployed only when the Azerbaijani forces pull back”, he said.

11:29, 05.19.2022
2235 views U.S. recognizes role of population of Nagorno-Karabakh in deciding its future–Ambassador Tracy’s interview to ARMENPRESS