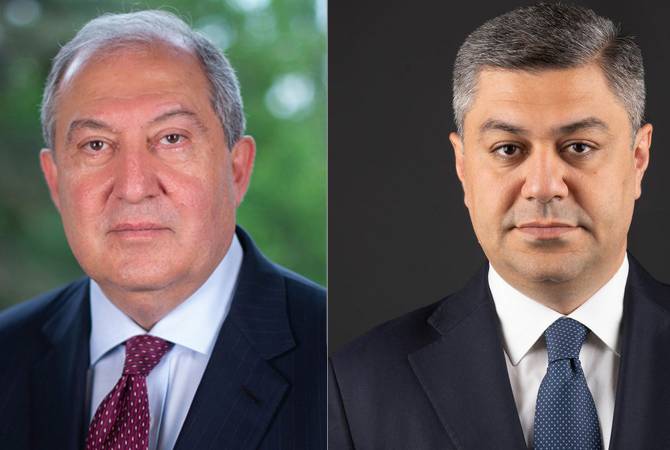 
YEREVAN, JUNE 22, ARMENPRESS. President of Armenia Armen Sarkissian held a telephone conversation with leader of the “I Have the Honor” alliance Artur Vanetsyan, the Presidential Office told Armenpress.

President Sarkissian congratulated Vanetsyan on his bloc’s election to the parliament, wishing productive work for the benefit of Armenia.