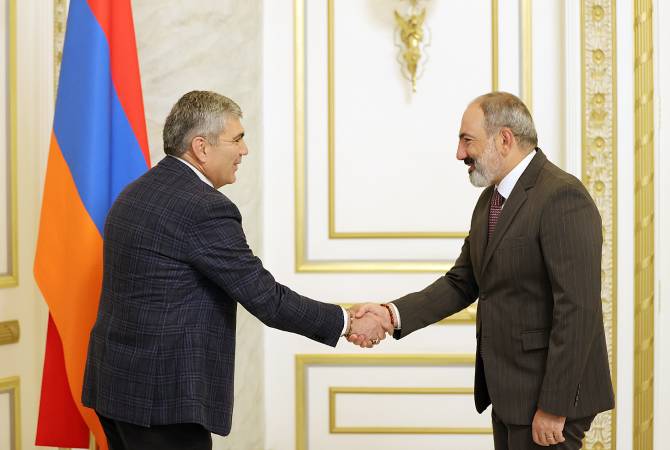 “Thank you very much. I am happy for this meeting and want to thank you for accepting the invitation. I also want to state that I was following your campaign, and frankly speaking I had a very good impression. I thought the Republic party would pass the 5% threshold”, Pashinyan said.

He noted that the main topic of today’s meeting will be to hear Mr. Sargsyan’s views on the domestic political developments, their party plans, etc.

“Well. The elections have really put everything in its place. And today there are three parliamentary forces in the elections. I congratulated the other two forces as well on election and think that the best option for the overall processes will be if the discussions move to the National Assembly’s platform and an attempt is made there to find a main formula of communication between the parliamentary forces aimed at getting the country out of this situation.

The task of the extra-parliamentary forces is much easier in that sense. I think that the influences are much smaller. Here the main key work is your being the prime minister of everyone, no matter which team they belong to”, he added.