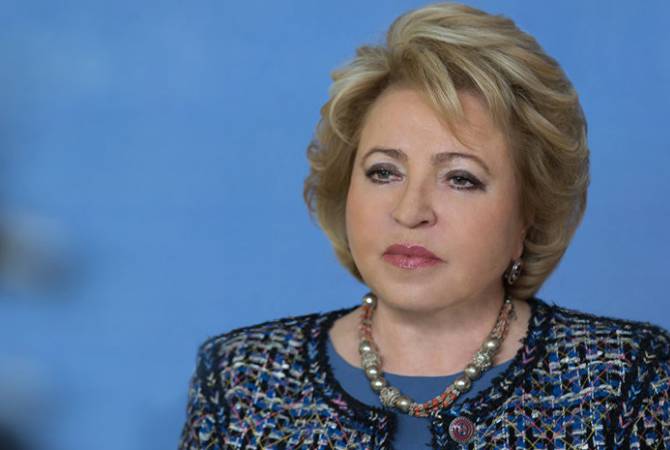 
YEREVAN, JUNE 22, ARMENPRESS. Chairwoman of the Federation Council of Russia Valentina Matviyenko has announced that Russia will continue the cooperation with the newly-elected Parliament of Armenia, expressing hope that the new Armenian leadership will continue the partnership with Russia in all directions.

“I hope both Armenia and its new leadership will also be interested in continuing the economic, political, foreign political cooperation with Russia, including the inter-parliamentary partnership”, she said at a press conference, reports RIA Novosti.

“As for the election results, they are still preliminary. You know that the official results of the parliamentary elections have not been published yet, but according to the first data it’s clear that those political forces will win which Russia has already worked with in the past years, with which a working communication, cooperation have been organized, also over the settlement of the Nagorno Karabakh conflict”, she said.