‘I find it difficult to imagine myself in parliament’ – Kocharyan 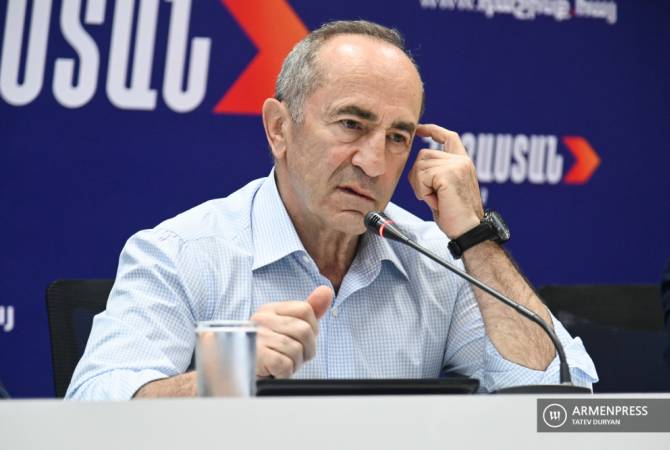 
YEREVAN, JUNE 22, ARMENPRESS. 2nd President of Armenia Robert Kocharyan, leader of the “Armenia” bloc, hasn’t yet decided to take up his parliamentary mandate or not.

During a press conference today Kocharyan told reporters that he finds it difficult to imagine himself in the legislature, adding that he considers himself a man of executive power.

“Part of my team thinks that I should be in the parliament, use that tribune for political fight. The other part thinks it is not necessary. I do not have such a wish, I am not inclined to do that. I haven’t made a final decision yet. You have to make a decision cold-heartedly, without emotional component. I find it difficult to imagine myself in the parliament”, he said.