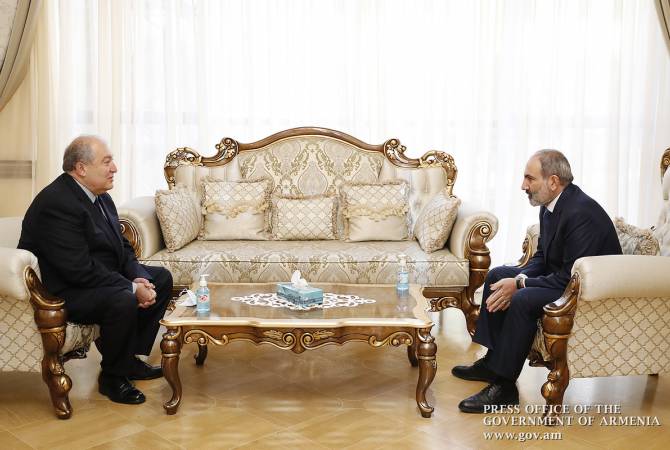 The Armenian President congratulated Pashinyan on his Civil Contract party’s victory in the early parliamentary elections.

Armen Sarkissian wished success to the future government of Armenia, for the benefit of Armenia’s further development, progress, for the welfare of the people and insurance of the state’s security.