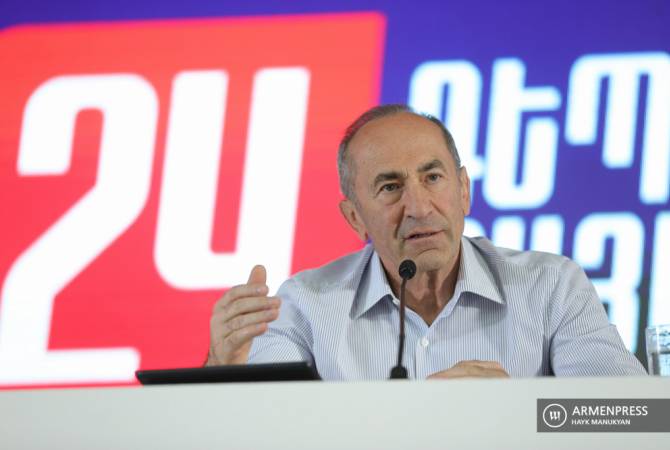 During a press conference he stated that the surveys conducted within the public were showing different picture.

“There have been mass violations. We have seen use of administrative resource. We will apply to the Constitutional Court to dispute the results. The offices are collecting all these materials”, he said.