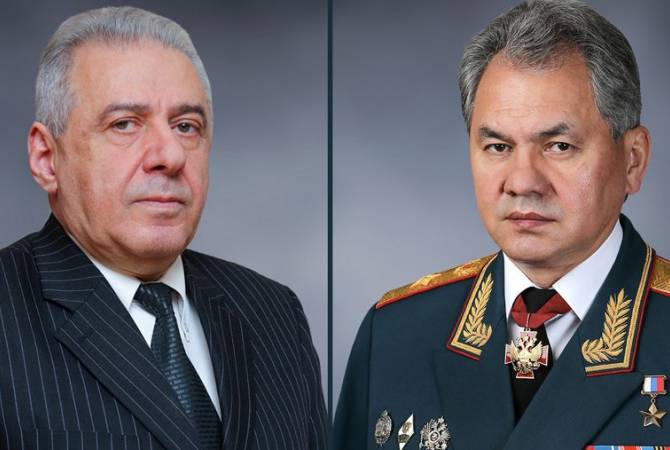 As ARMENPRESS was informed from the press service of the Defense Ministry of Armenia, the Russian Defense Minister congratulated Vagharshak Harutyunyan on the occasion of the early parliamentary elections and the victory of the ruling party.

The two Defense Ministers discussed the situation in the bordering areas of Syunik and Gegharkunik Provinces and the ways to solve the situation.

The Armenian and Russian Defense Ministers expressed satisfaction for the dynamically developing Armenian-Russian cooperation in the sphere of defense.

The sides also referred to other regional issues.