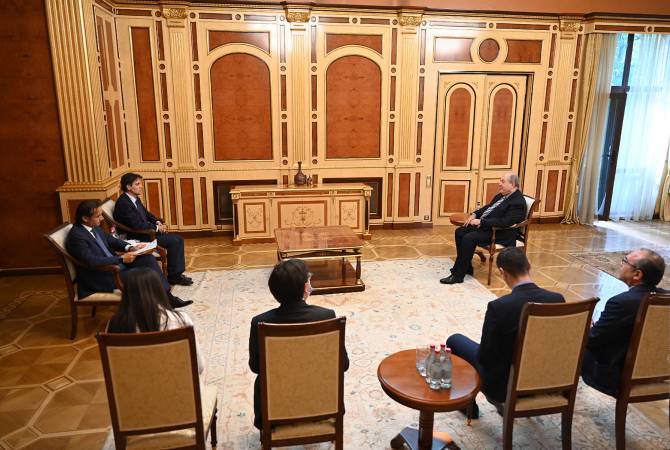 As ARMENPRESS was informed from the press service of the President's Office, the guests presented information to President Sarkissian about the works done during the observer mission, provided their remarks over the electoral process, as well as delivered the full version of their report.

President Sarkissian thanked the heads of the institutions and the observer mission for their works.  The sides exchanged views on the importance of strengthening democratic values and institutions in Armenia, as well as the cooperation between the OSCE ODIHR and the OSCE Parliamentary Assembly with Armenia. In particular, they referred to the cooperation with the presidential institution.

The OSCE ODIHR Director and the OSCE PA Secretary General noted that their institutions have been cooperating with Armenia for years and are ready to continue supporting the capacity building of democratic institutions.