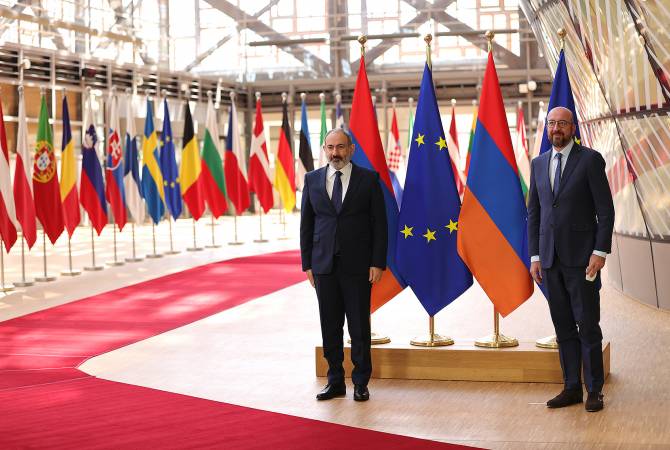 As ARMENPRESS was informed from the Office of the Prime Minister, Charles MIchel emphasized that the EU stands with Armenia, supporting the effective implementation of deep reforms. At the same time, the President of the Council underlined that the EU is also ready to support the activities aimed at the stabilization of the region and comprehensive settlement of the conflicts.