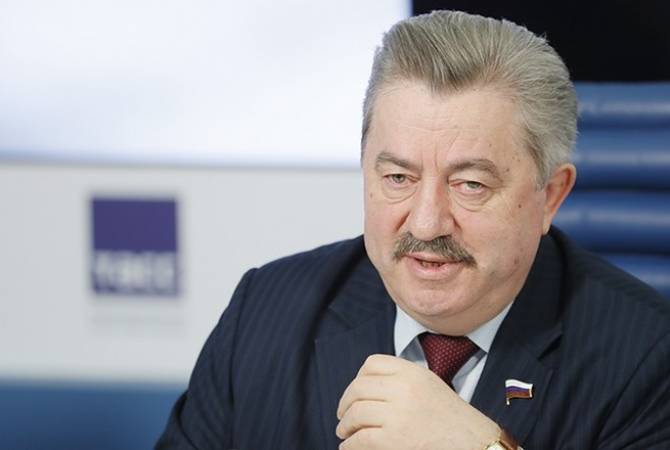 
YEREVAN, JUNE 21, ARMENPRESS. Armenian citizens, who cast their ballot in the early parliamentary elections, have supported the deepening of the relations with Russia. Anti-Russian forces haven’t received even 1% of the vote, Viktor Vodolatsky, first deputy chairman of the Russian State Duma’s Committee on CIS Affairs, Eurasian Integration and Compatriots, said, reports TASS.

The lawmaker said during the elections in Armenia quite active voter turnout was registered already before the daytime, there have been queues in polling stations. According to him, one of the key issues for the voters has been the further deepening of the relations with Russia in socio-economic and political direction. They are the people who voted also in favor of Nikol Pashinyan.

Viktor Vodolatsky said the parties which lost the elections should make a difficult decision for themselves and sit around the negotiation table.