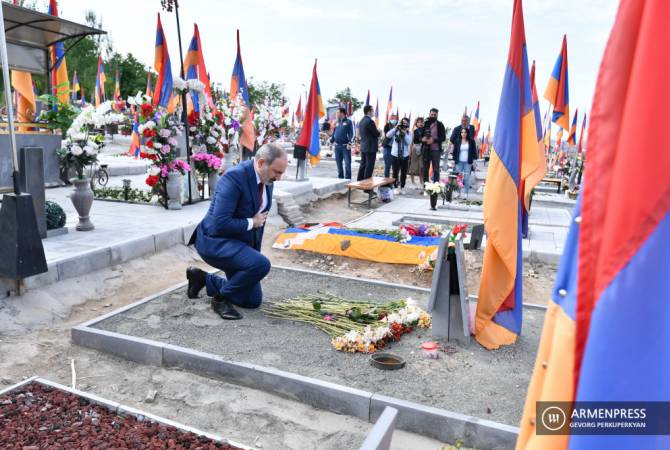 Parents of fallen servicemen, as well as other citizens were approaching Pashinyan at the pantheon, expressing their support.

The caretaker PM laid flowers at the tombs of the fallen servicemen and knelt before them all.

He also laid flowers at the tombs of Commanders Vazgen Sargsyan and Andranik Ozanyan.