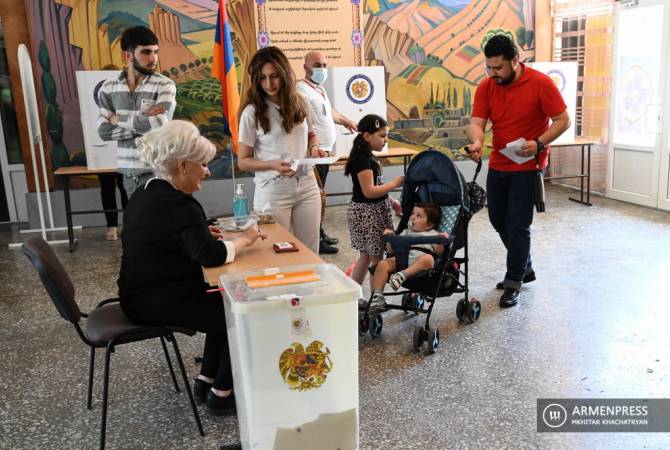 
YEREVAN, JUNE 20, ARMENPRESS. The struggle is between the ‘’Civil Contract’’ Party led by acting Prime Minister of Armenia Nikol Pashinyan and Armenia Alliance led by 2nd President of Armenia Robert Kocharyan in the early parliamentary elections taking place today, June 20, but non of them is an obvious favorite. ARMENPRESS reports the international press referred to the early parliamentary elections of Armenia.

Summing up the morning data of June 20, BBC noted that the participation rate is higher than expected.

Russian ‘’Ria Novosti’’ also noted the queues at the polling stations, which can be caused not only by the hot competition between the political forces, but the protracted electoral procedures.

Reuters also covers the early parliamentary elections of Armenia, noting that the elections are extremely competitive.

Interestingly, the majority of the leading international news agencies link the elections in Armenia with Nagorno Karabakh issue and the war of 2020.

For example, German Deutsche Welle writes that the reason of the early parliamentary elections in Armenia is the war of 2020 and the situation created after it. ‘’Armenia had never seen such a hot pre-election campaign’’, writes DW.