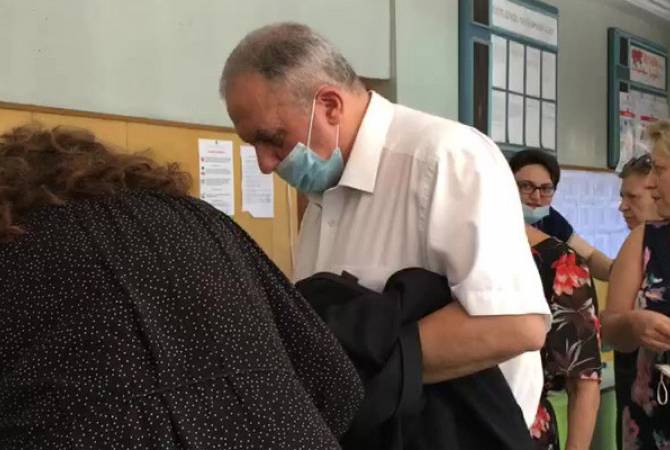 He told reporters that he has voted for change. Bagratyan said he sees Armenia’s future in the way he wrote in their party program.

“We have come to save the homeland. This is a frontline, a battlefield. This is a war which we are going to win”, he said.