‘Voting for dignified Armenia’ – “I Have the Honor” bloc’s Vanetsyan 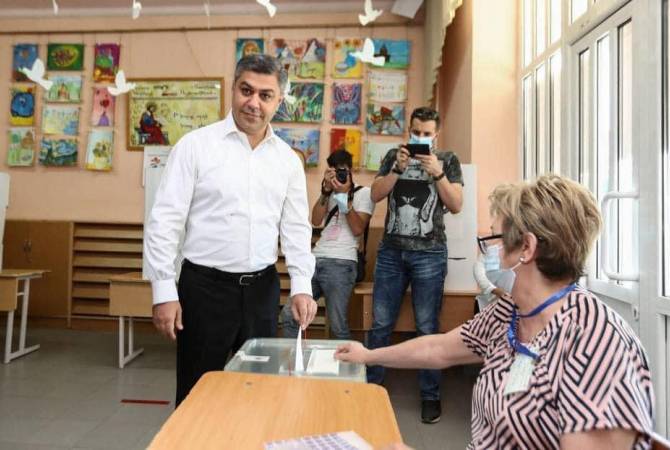 
YEREVAN, JUNE 20, ARMENPRESS. President of the Homeland party Artur Vanetsyan, who is leading the “I Have the Honor” bloc’s electoral list, cast his vote in the early election of parliament on June 20.

“I will vote for dignified, prosperous and secure Armenia, for our great homeland, for the future of Artsakh and Armenia because today these are not just elections. Today is a choice for Armenia to be or not to be”, he told reporters before the voting.

He said there will be no post-election development, because the results of the election will show who will form the government in Armenia.

As for the election frauds, he said his team received alarms about multiple violations.