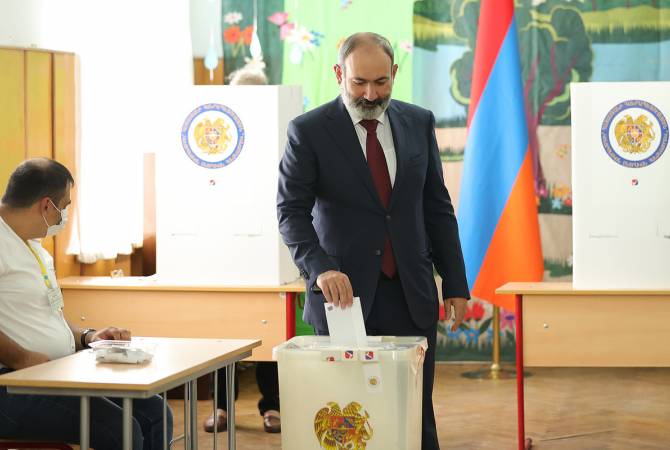 Pashinyan said he has voted for Armenia’s development.

He came to the polling station together with his family.

After the voting Pashinyan refused to answer to the questions of reporters, only allowed a selfie with a child who approached him outside the polling station.

“I am voting for the future of our state and people, for Armenia’s development”, Pashinyan wrote on social media.