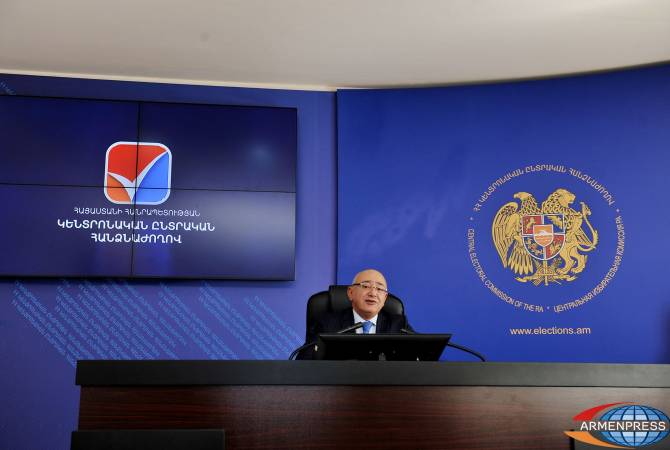 
YEREVAN, JUNE 20, ARMENPRESS. A total of 2510 candidates are included in the electoral lists of political parties and blocs participating in the June 20 early parliamentary elections of Armenia, Chairman of the Central Electoral Commission Tigran Mukuchyan said at a press conference today.

He informed that 2008 polling stations have opened across the country for the elections.

“12 of them have been formed in correctional facilities and will open later according to the requirements of the Electoral Code.

21:29, 09.24.2021
Viewed 2196 times Today, no Armenian lives or practically could live in the territories under the control of Azerbaijan – Pashinyan