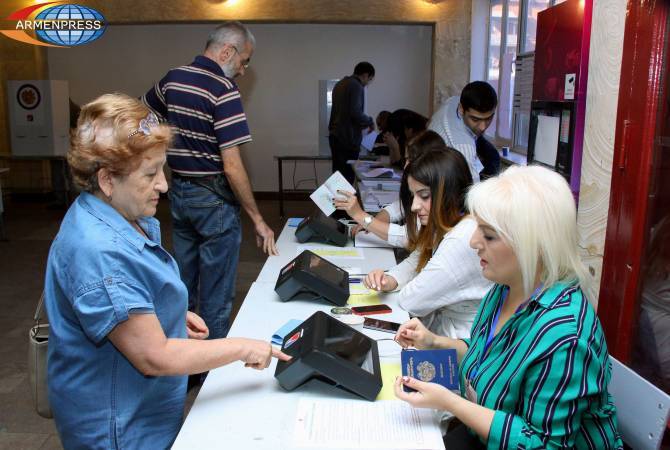 
YEREVAN, JUNE 20, ARMENPRESS. Nearly 50-60 Armenian citizens have cast their ballot in 9/37 polling station in Yerevan as of 08:45, head of the polling station Vladimir Mkrtchyan told Armenpress.

“There is no problem till this moment, everything is normal”, he said, adding that there has been an international observer in their polling station who also recorded that everything is calm.

2008 polling stations across 38 electoral districts throughout the country have opened as of 08:00, June 20.