This is not a power struggle, this is struggle for returning statehood to people – Robert Kocharyan | ARMENPRESS Armenian News Agency

This is not a power struggle, this is struggle for returning statehood to people – Robert Kocharyan 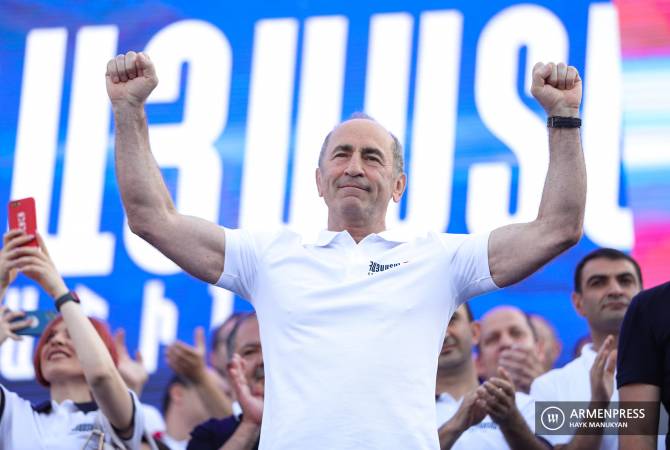 
YEREVAN, JUNE 18, ARMENPRESS.  Head of Armenia Alliance, 2nd President of Armenia Robert Kocharyan thanked all the citizens who helped them, presented their problems and inspired to struggle during the pre-election campaign. ARME PRESS reports during the final rally Robert Kocharyan noted that now they know much better how the citizens live, what needs they have and what problems are facing the country.

‘’Dear people, we have also understood one important thing. This is not a power struggle, but this is a struggle for returning statehood to the people’’, Kocharyan emphasized.