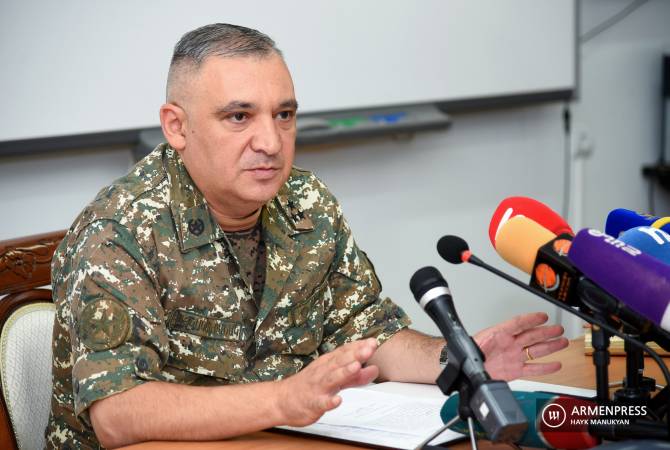 
YEREVAN, JUNE 18, ARMENPRESS. The General Staff of the Armenian Armed Forces condemns attempts of engaging servicemen into the ongoing political processes in the country.

Commenting on the video spread on social networks where servicemen of N military unit announce that they support the “Armenia” alliance for the June 20 snap parliamentary elections, Colonel Samvel Asatryan told ARMENPRESS: “Soldier is obliged to fulfill the order of the commander in any case, and in this particular case, in our opinion, an order has been simply fulfilled, regardless of whether the thought voiced in the video reflects their desire or not. Engaging servicemen into political processes is condemnable, and the guilty ones will be punished by law. The details will be clear after an internal investigation”, he said.

21:29, 09.24.2021
Viewed 1618 times Today, no Armenian lives or practically could live in the territories under the control of Azerbaijan – Pashinyan