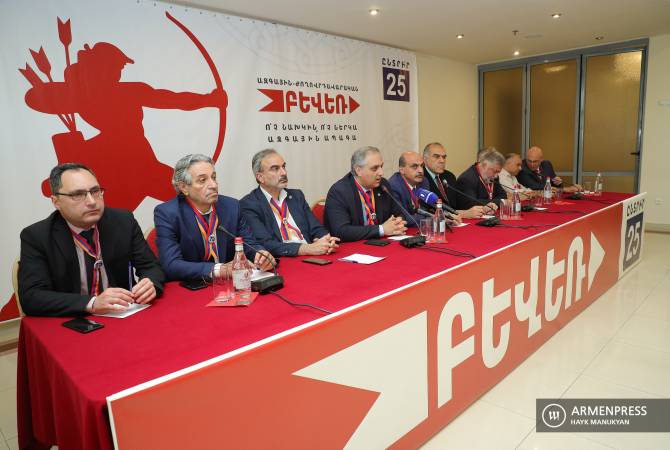 
YEREVAN, JUNE 18, ARMENPRESS. The National-Democratic Axis party overall is satisfied with the pre-election campaign of the June 20 snap polls and the citizens’ reaction, party’s representative Vahe Gasparyan said during a press conference today, stating that during this period they have managed to tell the people what they wanted.

“The people’s interest towards our party is growing day by day, hour by hour. We are an alternative political force. People have already understood that the main force is our party as a leader of national forces”, he said.

Another representative of the party Hayk Martirosyan noted that during the whole period of the campaign a fake agenda has been created according to which the fight is going between the “Armenia” alliance and the Civil Contract party.

21:29, 09.24.2021
Viewed 1851 times Today, no Armenian lives or practically could live in the territories under the control of Azerbaijan – Pashinyan