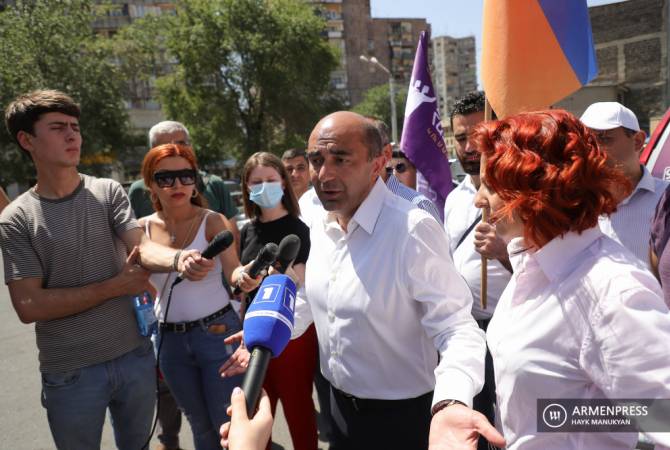 
YEREVAN, JUNE 18, ARMENPRESS. Bright Armenia party expects that it will again be the third force in the parliament as a result of the upcoming snap parliamentary elections, party president Edmon Marukyan told reporters on the last day of the pre-election campaign.

“Developments are moving on this direction”, he said.

He stated that in the post-election period the party will go to the streets only if the election results are falsified or a disaster occurs in the country.

“If we come with an agenda of unity and solidarity, unite everyone, so what street the talk can be about? If a government of national consent is not formed, it means our agenda is defeated. If our agenda is defeated, we have nothing to do. In other words, we will do everything for that agenda to win. That agenda is the demand of the people. We have already done and do what depended on us”, Marukyan said.

The early parliamentary elections in Armenia will be held on June 20.

21:29, 09.24.2021
Viewed 2091 times Today, no Armenian lives or practically could live in the territories under the control of Azerbaijan – Pashinyan