Armenian Prosecutor General, his delegation to attend conference of Heads of Prosecutor’s Offices of European States 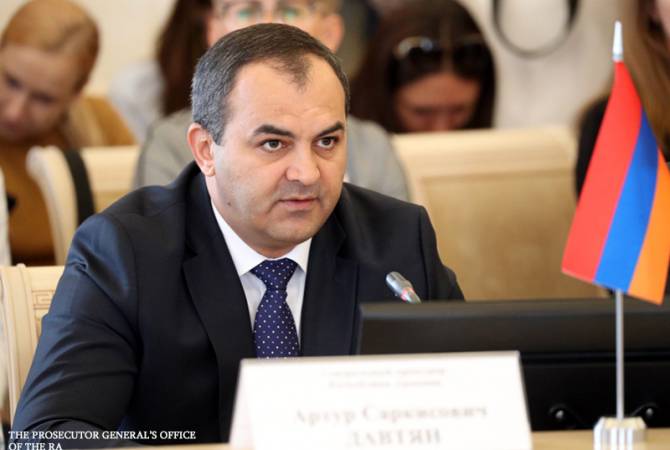 
YEREVAN, JUNE 18, ARMENPRESS. Prosecutor General of Armenia Artur Davtyan, head of the department of international legal cooperation at his Office Yeghiazar Avagyan and advisor to the Prosecutor General Artur Baghdasaryan will depart for St. Petersburg, Russia, on July 5 to participate in the conference of Heads of Prosecutor’s Offices of European States, e-gov.am reported.

Artur Davtyan and his delegation will be in St. Petersburg until July 9.

The conference will be held on the topic “Role of the Prosecutor's Office in Protection of Individual Rights and Public Interest in light of Requirements of the European Convention on Human Rights”.