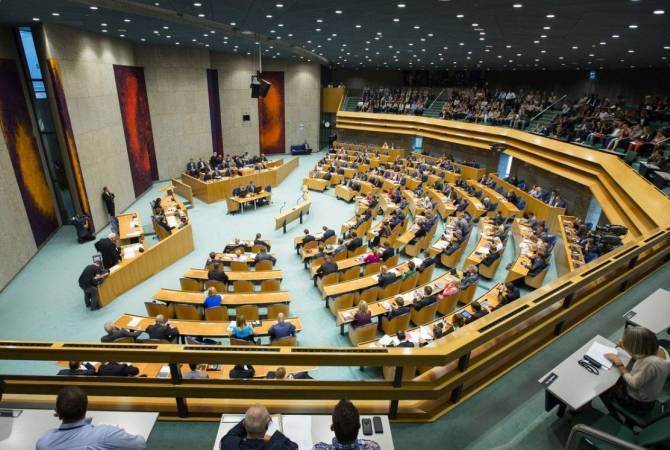 
YEREVAN, JUNE 17, ARMENPRESS.  The Dutch parliament adopted a resolution with an overwhelming majority of votes (147 for, 3 against), demanding the release of Armenian war prisoners and civilian detainees.

‘’Whereas a ceasefire was signed between Armenia and Azerbaijan through the Russian mediation, which includes the exchange of the bodies of victims, prisoners, hostages, other detainees,

Whereas the Geneva Convention relative to the Treatment of Prisoners (III) obliges Armenia, Azerbaijan to release them immediately after the end of hostilities;

Whereas those countries have an obligation to treat prisoners with dignity; to protect detained civilians;

Recording that Azerbaijan has not yet released all Armenian captives,

The parliament urges the Minister to exert pressure on Azerbaijan at the (European) Council for an immediate release of all Armenian hostages and detained citizens’’.