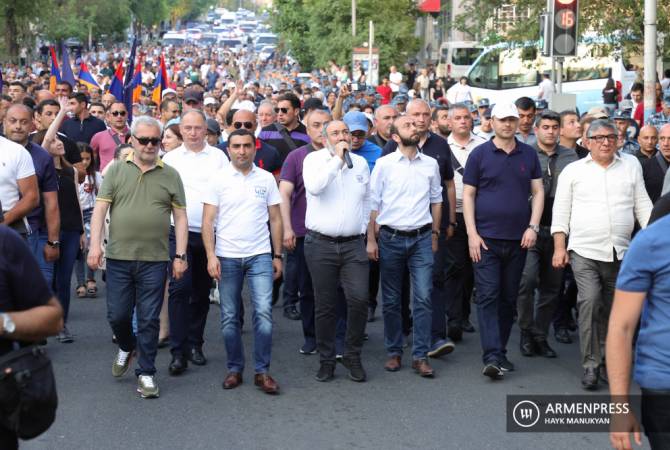 
YEREVAN, JUNE 17, ARMENPRESS. Caretaker Prime Minister of Armenia Nikol Pashinyan, who is leading the Civil Contract party’s electoral list for the June 20 early parliamentary elections, is inviting citizens to a rally today at the Republic Square, stating that the most important during this meeting must be the participation of everyone, the recording of a political will, unity.

“4 hours have been left for our final pre-election meeting which must become our biggest event during this pre-election campaign”, the caretaker PM said live on Facebook.

He reminded the time and the venue of the meeting, which will start at 20:00 today.

Pashinyan will deliver a program speech and will talk about their plans.

“But the most important of today’s event should become the presence of each you at the Republic Square and the recording of a political will, unity in Armenia through which we must undoubtedly record that there is future Armenia. And the people will definitely and undoubtedly win the upcoming parliamentary elections”, he said, adding that he is looking forward to seeing everyone in the Republic Square.