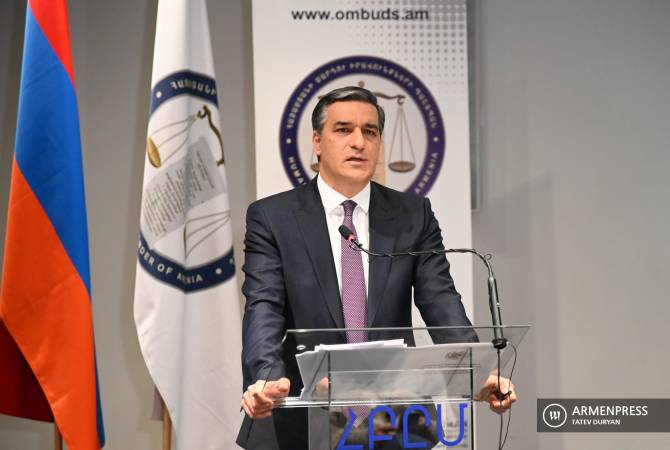 
YEREVAN, JUNE 17, ARMENPRESS. Human Rights Defender of Armenia Arman Tatoyan has addressed a letter to caretaker Prime Minister Nikol Pashinyan, raising the issue of submitting an urgent inter-state complaint to the European Court of Human Rights (ECHR) over the immediate removal of Azerbaijani armed forces from the vicinity of Armenian villages and the roads between communities and creation of a security zone, the Ombudsman said in a statement on Facebook.

“In the letter I have stated that the Ombudsman will provide the collected evidence to the government which confirm the violations of the European Convention and justify the urgent necessity of creation of a security zone.

In particular, in my several previous statements I have already stated that the presence of Azerbaijani armed forces near the villages of Armenia’s Syunik and Gegharkunik provinces, as well as on the roads between the communities of Syunik, their actions violate the following rights of the Armenian citizens guaranteed by the European Convention on Human Rights:

-Right to life, Article 2 of the Convention

-Right to liberty and security, Article 5

-Right to respect for private and family life, Article 8

The same applies to the Azerbaijani flags and banners, any equipment of their armed forces”, the Ombudsman said.