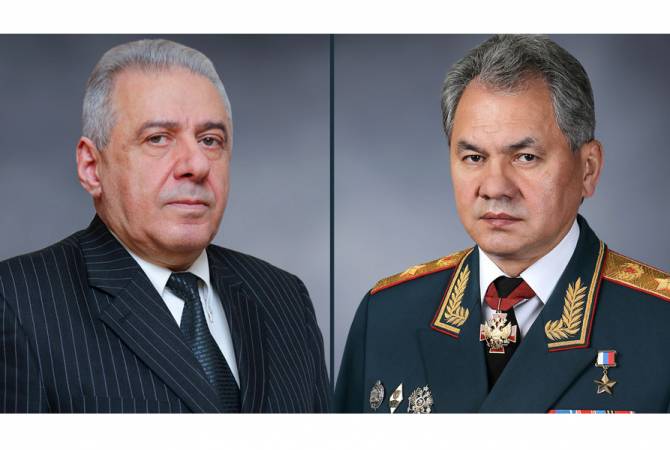 The two defense ministers discussed the ways of solving the current situation on the Armenian-Azerbaijani border.

Vagharshak Harutyunyan stated that the Armenian side respects the calls of partner states and organizations to solve the issue peacefully, adding that the position of the Armenian side is unchanged: the representatives of the armed forces of Azerbaijan must leave Armenia’s sovereign territories without any precondition.

The officials also discussed the issue of the deployment of Russian border guards together with the Armenian Armed Forces in border areas of Armenia’s Syunik and Gegharkunik provinces.

The phone talk also touched upon the process of the Russian peacekeeping mission in Artsakh, the Armenian-Russian cooperation in the defense field, as well as a number of regional issues.