All POWs must be immediately repatriated: Netherlands says will continue raising this issue 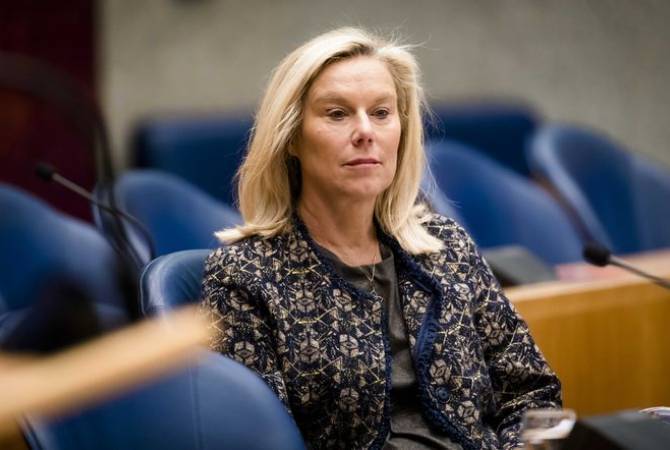 
YEREVAN, JUNE 17, ARMENPRESS. During the June 16 session of the foreign affairs committee of the Parliament of the Netherlands, the MPs and acting Foreign Minister Sigrid Kaag touched upon also the recent Azerbaijani-Turkish aggression against Artsakh and the subsequent developments.

Before the session the acting Dutch FM has submitted a 4-page letter to the Parliament where she touched upon the history of the Karabakh conflict, the settlement process, the aggression unleashed against Artsakh, as well as the post-war developments and the necessity of immediately repatriating the Armenian prisoners of war.

Particularly, in the letter acting FM Sigrid Kaag reaffirmed the position of the Netherlands to contribute to the final settlement of the conflict with a joint international action, adding that the Netherlands plans to continue the works within the EU and the OSCE frameworks. In addition, she also reiterated the Dutch position that all prisoners of war must be immediately repatriated, noting that the Netherlands will continue raising this issue.

Sigrid Kaag has also touched upon the recent opening of the so-called “Trophy Park” in Baku, Azerbaijan, stating that such steps are provoking hatred. The acting minister has also reaffirmed the importance of the preservation of cultural heritage and emphasized the necessity of sending a UNESCO mission to the region, holding those accountable for war crimes, as well as touched upon the issue of providing humanitarian aid to those affected from the conflict and the EU’s possible support to the demarcation and trust restoration matters.