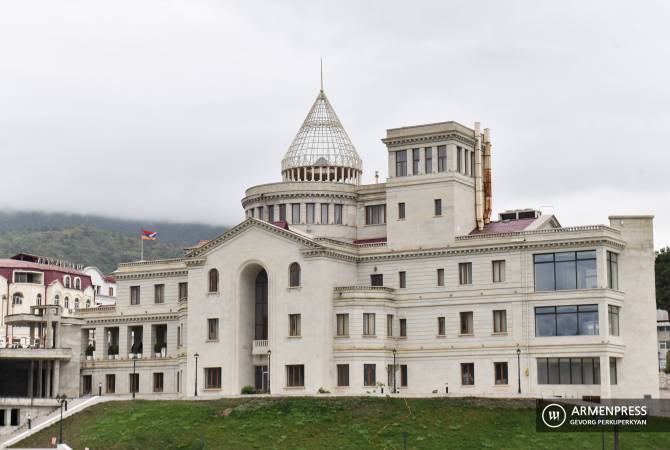 
YEREVAN, JUNE 15, ARMENPRESS. The factions of the Parliament of Artsakh have issued a statement today over the upcoming visit of Turkish President Recep Tayyip Erdogan to Shushi.

“After the 1915 genocide of Western Armenians and the occupation of the historical cradle of the Armenian people, Turkey has been trying to do the same against the Eastern Armenians over the past one hundred years.

All these anti-Armenian programs have always failed thanks to the organized fight of the Armenian people.

On September 2020, by using the favorable international and regional conditions, Turkey and Azerbaijan, by launching an attack on the Republic of Artsakh with the involvement of international terrorist groups, have again tried to commit genocide against Armenians during the military operations.

As a result of forced deportation of the Armenian people from their historical homeland, thousands of people have been left without homeland, hundreds of national-Christian monuments have been destroyed and desecrated.

We view Erdogan’s uninvited visit to Artsakh’s occupied territories, in particular Shushi, as a threat and a new attempt to display force. This is the continuation of the opening of “trophy park” in Baku which supposes adoption of new moral and psychological pressures against the Armenian people in the post-war period.

Erdogan’s provocative action is an attempt to thwart the peacekeeping activity of Russia in the region, a devil plan to attack the fragile stability.

Such step of the Turkish President is a new challenge not only to Armenia and Artsakh, but also to Russia and Iran.

We appeal to the international organizations, the OSCE Minsk Group Co-Chair countries, in particular Russia, to curb Turkey’s aggressive aspirations which are full of new dangers.

All Armenians need to be united these difficult days and resist the new challenges”.