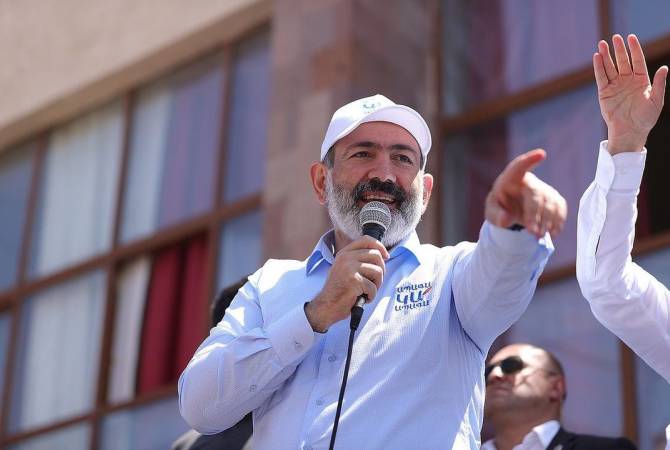 
YEREVAN, JUNE 15, ARMENPRESS. Caretaker Prime Minister of Armenia Nikol Pashinyan, who is leading the Civil Contract party’s election list for the June 20 snap polls, announced today that the party is going to hold a nationwide rally and march on June 17, at 20:00 in the Republic Square.

During the party’s pre-election campaign in Sisian town of Syunik province, he said on June 18 he will have a direct talk and conversation to the people of Armenia, but didn’t release the format of the talk.