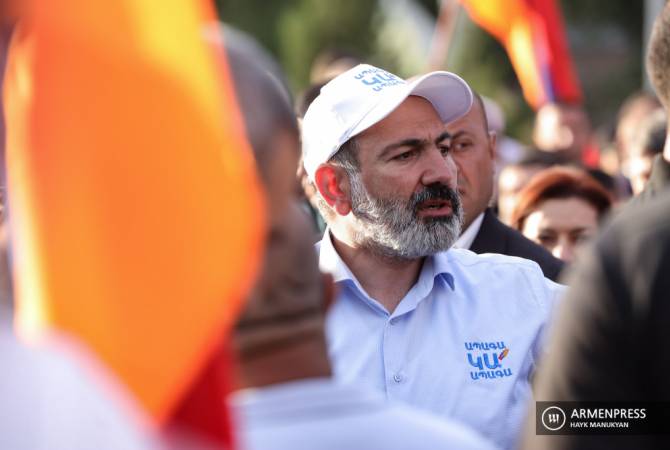 ''I apologize for all the drawbacks, but I want to deliver my main message, there is future in the Republic of Armenia'', ARMENPRESS reports, Nikol Pashinyan as saying.

Early in the morning of June 14 Nikol Pashinyan had visited Ararat, where he had met with the residents in various communities – Masis, Arevshat, Verin Artashat, Small Vedi, Vedi, Ararat, Avshar, Vosketap and Artashat.

Early elections in Armenia are scheduled on June 20. Over 2 dozens of political forces will participate.