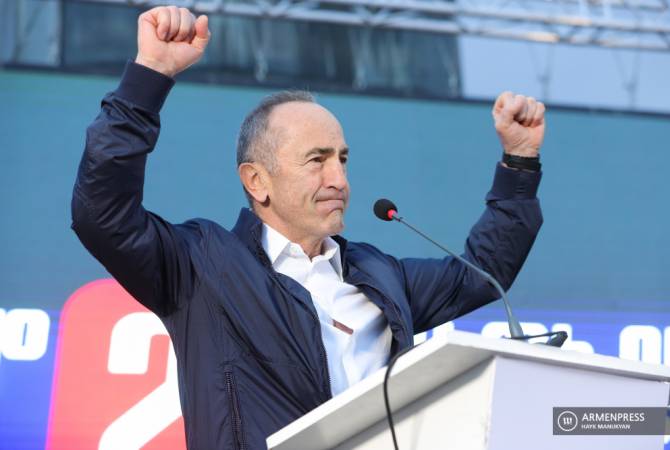 ''Saying Armenia we understand a country standing firm on its feet, democratic, strong and combat ready army, powerful economy, of which all of us will be proud. Dear people, I have always been a man of deeds, but now we have a situation that it's also important to speak, since in the modern world the speech has become powerful. We have to deliver that word to every citizen. Let everyone know that the Armenia Alliance is coming to build a strong Armenia'', Kocharyan said.

According to him, Armenia Alliance is coming for ensuring rapid economic growth and improving the quality of life of the people. Robert Kocharyan urged the participants to actively participate in the elections and vote for powerful Armenia.

According to member of Armenia Alliance, representative of the ARF Supreme Body Ishkhan Saghatelyan, Armenia is in crisis and the people need nationalist government with national ideologies for overcoming the situation.