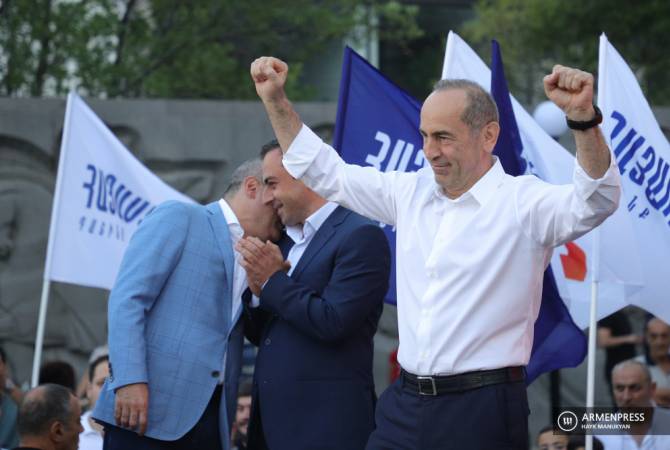 
YEREVAN, JUNE 14, ARMENPRESS. 2nd President of Armenia Robert Kocharyan, who is leading the “Armenia” bloc’s electoral list, told the residents of Etchmiadzin town on the sidelines of the pre-election campaign that their team is capable and can restore the country’s manageability.

“The public administration system working as a clock should be unnoticed. The work done by the government should be noticeable in people’s life every day. We say that this is the political team which is ready to stop this overthrow, restore the country’s manageability and deal with all your concerns. We can do everything so that there will be a normal course in public services, administration field in a very short period of time”, Robert Kocharyan said.

He noted that the “Armenia” bloc has formed such a team who will be able to establish a dignified peace in Armenia. For their team, he said, the important is the restoration of citizen’s trust towards the country.