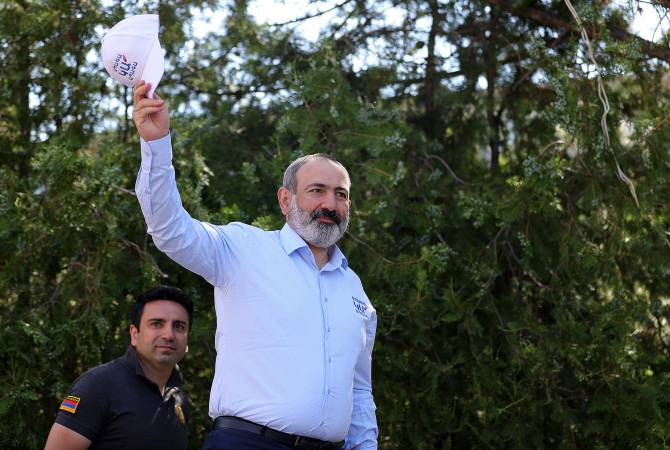 
YEREVAN, JUNE 14, ARMENPRESS. Caretaker Prime Minister of Armenia Nikol Pashinyan, who is leading the Civil Contract party’s election list for the June 20 snap polls, presented the agricultural programs during the meeting with the residents of Arevshat community of Ararat province on the sidelines of the pre-election campaign.

Pashinyan talked about the provision of loans at affordable terms, the trainings.

“We want farming not to be a hard work. Automation, mechanization and other tools: farming should be a work that will bring more outcomes. In the past years we have provided loans worth 100 billion drams at zero interest rate. And these programs continue. I want to draw your attention to the project of establishing greenhouses. We are providing loans at privileged terms and are also organizing trainings. After the construction of a greenhouse we return 30% of the money”, he said.

However, Pashinyan noted that in order to completely implement the project, there is one problem connected with the loans taken previously. He said this problem must be solved in order not to harm the financial system.