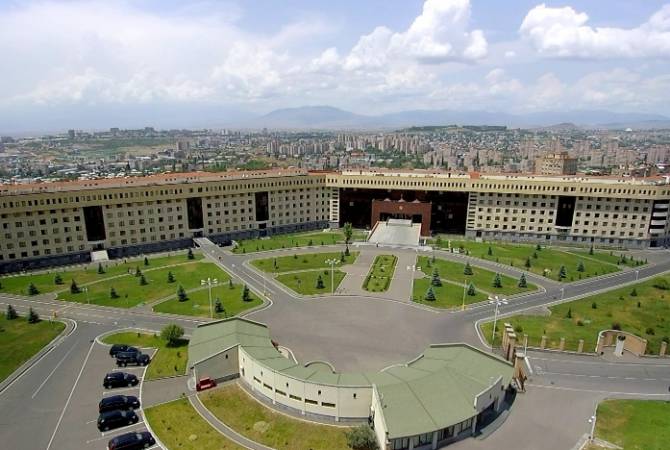 
YEREVAN, JUNE 11, ARMENPRESS. The Defense Ministry of Armenia rejects the announcement of the Azerbaijani side that the Armenian forces allegedly opened fire in their direction, ARMENPRESS was informed from the press service of the MoD Armenia.

According to the MoD Armenia, the Armenian units did not fire at the military positions of Azerbaijan, but took measures to stop the engineering works carried out by the Azerbaijani armed forces in the bordering area with Armenia.