Talks over withdrawal of Azeri troops to resume on May 19 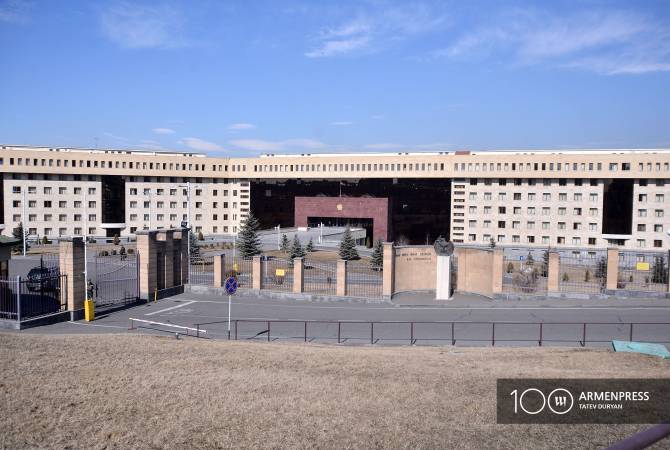 
YEREVAN, MAY 18, ARMENPRESS. The Armenian Ministry of Defense says there’s been no change as of the morning of May 18 in the situation which was created after the Azerbaijani military breached the Armenian border on May 12 and May 13.

“The situation at the entire border lines in both Syunik and Gegharkunik provinces is entirely under the control of the Armenian armed forces. It is planned that negotiations over a full resolution of the situation will continue tomorrow on May 19. Attaching importance to the need for a peaceful resolution of the issue, at the same time the Armenian Armed Forces are ready for any development of events and emphasize that infringements against the sovereign territories of the Republic of Armenia are totally unacceptable. The Azerbaijani servicemen must leave the territory of the Republic of Armenia without preconditions and from now on refrain from such provocations,” the Defense Ministry said.